This event is designed to educate and share knowledge on the essentials of starting a company from lawyers specializing in startup law. In addition, a successful Korean-American entrepreneur, Robert Seo, who recently sold his company to a Korean Media company will share his insights on what it takes to build a successful company.

Robert Seo is the US CEO of Buzzvil, the largest lockscreen ad platform with over 12 million users through its apps. Rob is responsible for business development and introducing their products to the market. Rob sold his company, Slidejoy, to Buzzvil in January 2017 where he was a co-founder and served as CEO. Prior to Slidejoy, Rob’s experience includes Goldman Sachs Principal Strategies where he invested in various industries and geographies and an investment banker at UBS. He was also in the US Marine Corps where he served at the vanguard during the initial push for Baghdad in 2003. Rob received a BA in Economics and a minor in Mathematics at the University of Maryland and an MBA at the Wharton School, University of Pennsylvania, with majors in Entrepreneurial Management and Finance. 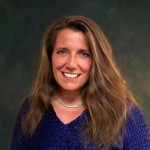 Lori S. Hoberman is a well-known force in the in the New York City venture community. As a lawyer and mentor, she advises entrepreneurs and their investors on how to build successful businesses and strategically guides them through the emerging, later stages and exits of their companies. After years of advising entrepreneurs from within large law firms in NYC, Lori decided to become an entrepreneur. She launched the Hoberman Law Group in the fall of 2014. As the Huffington Post headlined, “A New York Lawyer Popular with Entrepreneurs Becomes one Herself,” and Forbes commented that Hoberman differs from other lawyers in that — “She not only knows people, she connects the dots between the entrepreneur and the resources needed.” 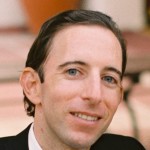 Nick Scannavino works with entrepreneurs, emerging companies and venture investors on a variety of strategic matters, including venture capital financings and M&A transactions, and serves as a trusted advisor and resource to his clients on day-to-day legal and business matters. Prior to joining Hoberman Law Group, Nick worked at Chadbourne & Parke LLP, where he represented private and public companies on M&A deals, private equity and venture capital investments, joint ventures and capital markets transactions. 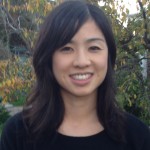 Angela Loc advises investors, entrepreneurs, and start-ups on financings and general corporate and governance matters. Prior to joining Hoberman Law Group, Angela closed real estate finance deals as in-house counsel at the U.S. Department of Housing and Urban Development, where she provided business-oriented legal advice to her clients on all aspects of underwriting, closing, and managing loans in HUD’s portfolio. Angela is a member of the New York City Bar Association’s Emerging Companies Committee.

Korean Startups & Entrepreneurs: KSE is a 501(c)(3) non-profit organization seeking to cultivate and develop the technology startup ecosystem in the United States, particularly involving Korean-American and South Korean founded companies. Headquartered in New York City’s Silicon Alley, KSE was originally founded as a Meetup amongst Korean-American technology entrepreneurs in 2012 and with growing demand has expanded to include hundreds of entrepreneurs, affiliated partners/advisors, and investors. KSE fosters this tech community by providing unique opportunities for prominent entrepreneurs to share their experiences in fire-side chats, startup pitch events, educational seminars and scholarships, and exclusive networking and social events.